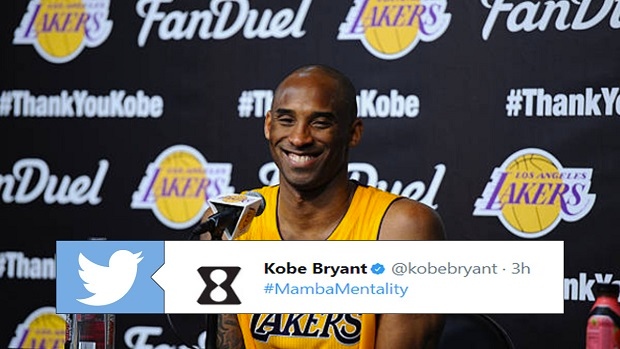 Kobe Bryant got a lot of attention on Thursday morning when he shared a bunch of posts on his Instagram account and called out different athletes, and Kendrick Lamar, while doing so.

Since Thursday happened to be Kobe Bryant Day, also known as August 24, the Los Angeles Lakers legend had some fun with the release of his new shoes by challenging four different athletes and Kendrick Lamar to different challenges through his Instagram posts.

Each represented a different shoe in his collection, and Bryant decided to call out different people he believes has the Mamba Mentality.

He capped off his run on Instagram with one last post that included a phone number and the line “any questions, call me” and it turns out he’s taking calls that fans have about the Mamba Mentality.

We’re going to go ahead and guess that this is just a marketing ploy for his new shoes, but it doesn’t hurt to leave your name and handle because maybe you’ll be the next person who gets a personal message from Kobe Bryant.

(H/T Instagram/kobebryant, For The Win)