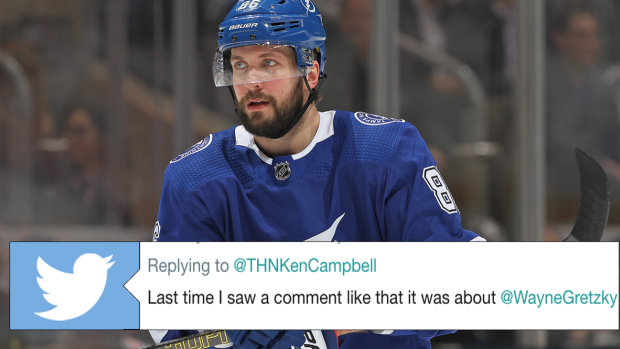 Nikita Kucherov has had the scoring title on lock for a little while now.  The Lightning forward has 117 points entering play Monday night, 12 more than Connor McDavid who's in second place in the league.

With 10 games left for Tampa Bay, Kucherov could set a career-high for goals if he manages to score six times in the final 10 contests.  As for assists, the 25-year-old has already smashed his previous high of 61 as he has 82 apples and counting.

What's even crazier is that if you took away all of Kucherov's goals this season, he'd still rank in the top-15 in scoring right now.

If Nikita Kucherov had zero goals this season, he'd still be sitting 13th in NHL scoring. 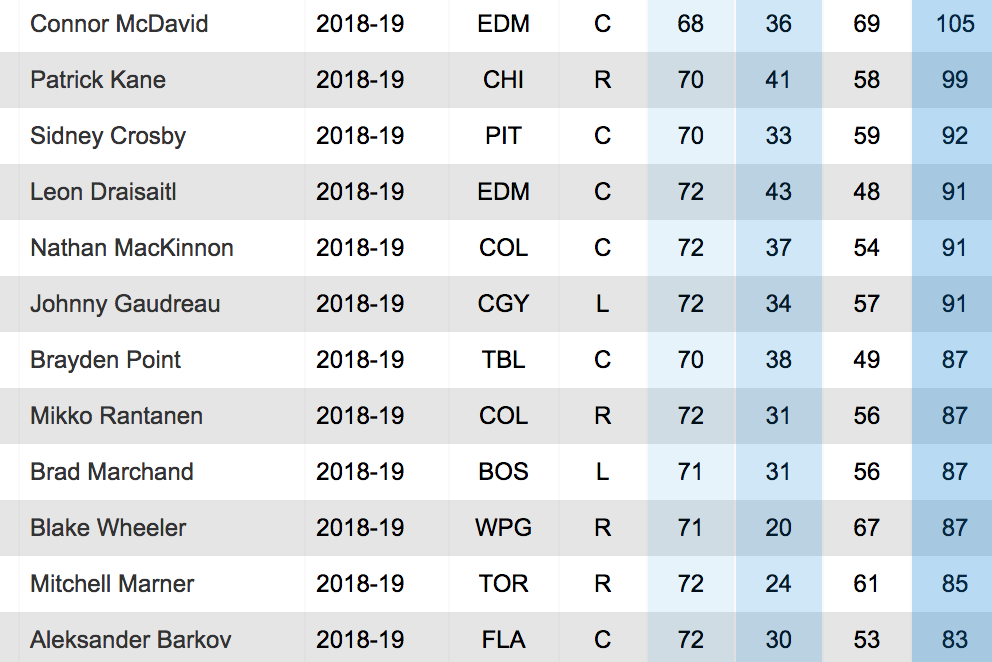 The only other time we see a stat like this is when people bring up where Wayne Gretzky would rank in scoring all-time if you took away all his goals.

If Gretzky had zero goals in his career, he would still have the most points of any player in history.

That's how good of a season Kucherov is having, though.  His 117 points are the most by a player since the 2006/07 season when Sidney Crosby posted 120 points.

If Kucherov manages to record nine points in the final 10 games for Tampa, he'd have the most of any player in a season since 1998/99 when Jaromir Jagr recorded 127 points.