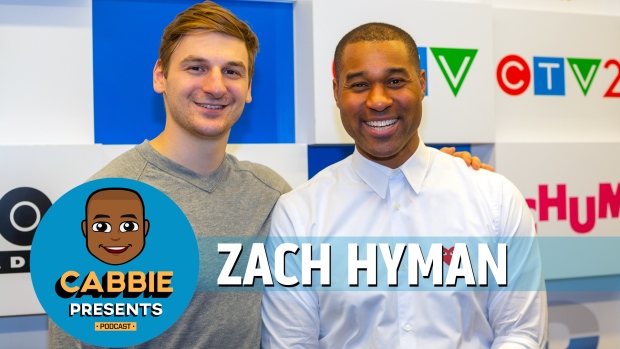 There’s a lot of buzz around Leafs’ forward Zach Hyman.

Besides being one of the hardest working players in Toronto’s lineup, he’s also a renowned children’s author, and the mastermind behind his own eSports company, E11 Gaming.

As if all this wasn’t enough to prove what a hard worker Hyman is, it came out after the Leafs' first round exit to the Boston Bruins that he’d torn his ACL in Game 4 of the series, and had continued to play. Zach has since undergone successful surgery, and hopes to be back for the start of next season.

Hyman is most definitely a work horse, and the Toronto native somehow found the time to catch up with Cabbie on the Cabbie Presents Podcast to chat about all of his endeavours, which includes everything from gaming to fast food. You can watch the episode below on YouTube, and it’s also available wherever you steam your podcasts.