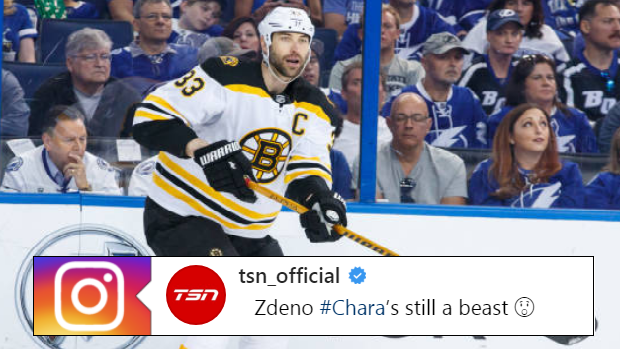 At 41 years of age, Boston Bruins defenceman Zdeno Chara is still a beast.

The Slovakian recently signed a one-year $5 million contract after what was another solid season for the mammoth in Boston. In 73 games played, Chara posted 24 points while averaging 22:09 minutes of ice, good enough for second on the Bruins behind Charlie McAvoy. If you’re wondering how he’s been able to stick around in the league for so long, perhaps this video will help you out. Check out Big Z climbing a rope like it’s his day job.

Legs days are the best.

Strength isn’t the only thing the blue-liner has perfected. His cardio is still out of control too, and he proved that earlier in the 2017-18 season when he clocked in a 4:18 minute shift. 4:18 ladies and gentlemen!

Zdeno Chara's last shift was 4:18. Killed all of Charlie McAvoy's penalty and 1:34 of Brandon Carlo's. Immense.

We might be witnessing a second coming of Jaromir Jagr.