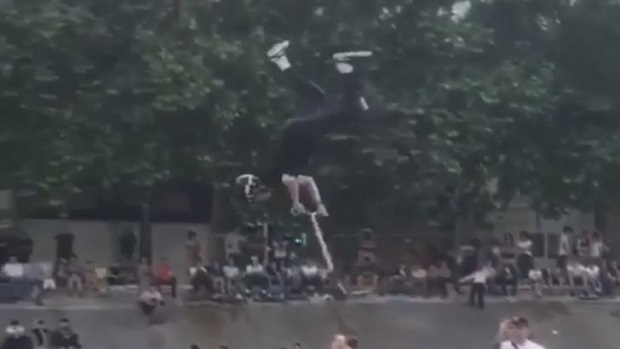 Most people end up smashing their shin or spraining their wrist before they’re able to land a single trick on a scooter and a lot of them call it quits before they have to feel the pain ever again. But some people keep trying and have turned scooter tricks into a full-time job.

Jayden Sharman is just 15-years-old, but after watching him pull off tricks on a scooter you’d think he’s been riding a scooter for 15 years considering how insane some of his moves are.

That’s easily the most insane and impressive trick we’ll ever see someone land on a scooter and it’s not even close. What’s even more insane is the amount of times he must have failed trying to attempt that trick and the amount of injuries that came with it.

Practicing runs/being consistent and having fun with @codyflom at Belvedere skatepark🤘🏻 He filmed a youtube video for his channel which is planned to be published on wednesday, keep an eye out 👀 @luckyscooters @scootnskates @dumb_company

Time to bust out the scooter from the back of the garage.