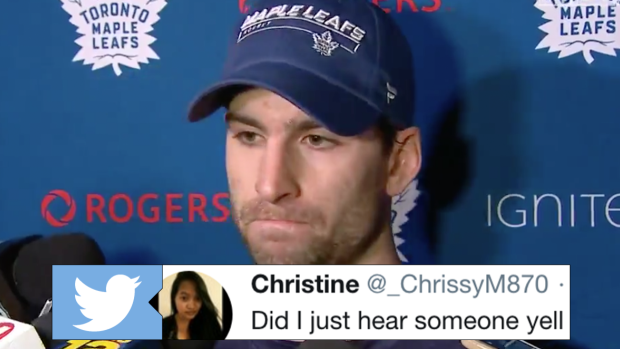 Whether you agree with John Tavares' decision to leave the Islanders for the Leafs or not, we think everyone would agree that the former New York captain was a professional throughout the process and more specifically in his return.

Thursday night, Tavares was in Long Island for the first time wearing a Leafs jersey and between the boos, chants, signs, and snakes and jerseys being thrown, it would have been easy to talk negatively about the fans.  Tavares had nothing but nice things to say, though, despite having to deal with all of that and a fan chirping him during his post-game interview.

Following the #Leafs’ 6-1 loss to the #Isles, #JohnTavares fielded questions about the hostile environment in his return to Long Island.

Did I just hear someone yell "John, you suck!" during this post game Tavares interview? Rough

It wasn't the return Tavares or any of the Leafs for that matter envisioned, but you can't say he didn't handle everything that was thrown at him with class and respect.

Now that the first game is out of the way, we're anxious to see what the reaction will be like the next time he's in Long Island, especially if it's for a playoff game.

#Islanders fans making it loud and clear how they feel about #Tavares’ return to Long Island 😬 . (🎥: Twitter/CCtsn)