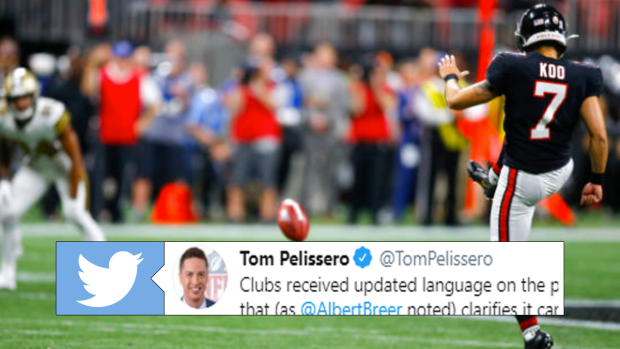 One of the most beautiful elements of sport is that you never know what’s going to happen. Underdogs can emerge victorious. Heroes are born out of nowhere. You can actually count on the improbable.

Unfortunately in football, the opportunity for glory is much harder to come by. If you’re trailing by more than one score late in a game, you’re basically hoping for a miracle.

Either you onside kick, or you hope that the other team isn’t able to run out the clock on you. Either way, it’s not very exciting, because onside kicks almost NEVER work. With the current rules, it’s about a 6% success rate.

As you may expect, teams and fans seem open to the idea of making late-game deficits a little less damning. After all, the winning team should be able to stop late game drives if they really are deserving of the win… right?

In a rule that was originally pitched to the NFL by the Denver Broncos, teams would be tasked with completing a 4th-and-15 situation rather than rely on all the variables that come with an onside kick. The rule has since been adjusted by the Eagles to happen at the 25-yard-line rather than the 35.

Clubs received updated language on the proposed onside kick alternative that (as @AlbertBreer noted) clarifies it can only be used in regulation, not overtime, and is an untimed down. Also note the language on post-score penalties. Virtual meeting tomorrow. pic.twitter.com/NWrbrazEuz

Are you in support of this proposed rule change? Let us know @BarDown!