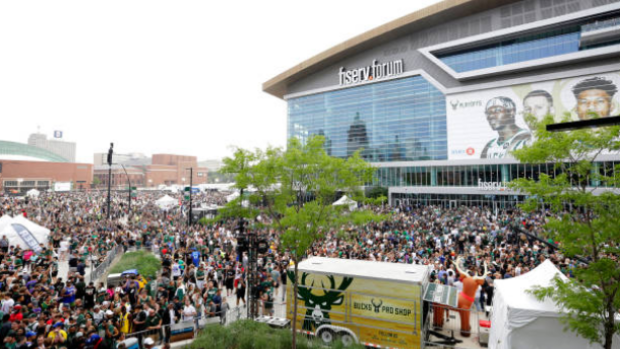 The Milwaukee Bucks are on the verge of an NBA Championship, and the whole city is absolutely electric. With Game 6 happening on Tuesday, the Bucks are hoping to close it out at home instead of trying to win it all in the desert.

They certainly have the wind of the city in their sails. Not even including the fans inside, there were a total of 65,000 FANS watching the game from outside Fiserv Forum.

While some may be concerned that this isn’t safe at this point in time, we can certainly all agree on one thing; we’ve missed this. You can bet the whole city will come alive if Milwaukee is able to close out the series.

The Deer District right before tip!

The Deer District at tipoff!

Deer District is out in full force, ready to celebrate like it's 1971 🎉 pic.twitter.com/8U1gTuF4o5

This is insane! Deer District showed out! pic.twitter.com/kF6Xupq9Bm