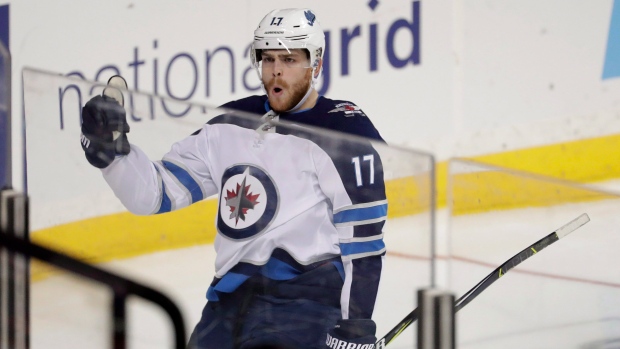 As you know by now, the Carolina Hurricanes like to have a good time. They’ve been playing well as of late to reenter the playoff picture after a slow start, and after each home win, they’ll perform their Storm Surge celebration in front of the fans at home. It’s been controversial, to say the least, but it’s worked for them.

But do you wonder how other players in the NHL feel about it? Adam Lowry, at least, was having himself some fun at the Hurricanes’ expense. One of many scorers for the Jets in tonight’s 8-1 win, Lowry opted for a cheeky celly.

In case that wooshed over anyone’s heads, that’s the overhead clap that begins every Storm Surge celebration. Considering that the crowd at Carolina’s PNC Arena is highly familiar with that motion, this is just an incredible celly by Lowry. Guy is light years ahead.

The Storm Surge has been a thrill each night, getting more and more creative every time, and the Hurricanes even got legendary boxer Evander Holyfield to guest star after a recent win.