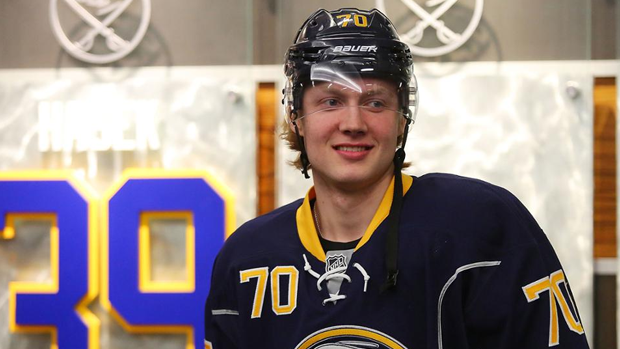 So, after throwing some shade at the Sabres and saying he was excited to join the Blackhawks, he decided to throw on one of his dad’s old jerseys and attempt his own bottle cap challenge. Now, it’s not the best bottle cap challenge we’ve seen, but we’re all in on the dad jersey. They should let him wear it out for warmups of his first game.

.@snipeshow98 didn't have to look far for a #Blackhawks sweater to pull off a pretty cool #BottleCapChallenge after yesterday's trade brought him to Chicago!

Now, if you’re wondering what the best bottle cap challenge we have seen is, there have been a couple of great hockey versions.

The best is probably this saucer pass in the backyard.