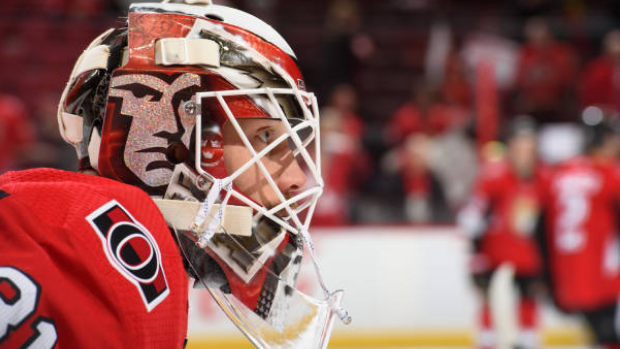 Concussions have been one of the biggest conversations in sports over recent years as we learn more and more about how dangerous they are. In sports such as football and hockey in particular, concussions of the past have been treated as not much more than a headache. In reality, they are brain-damaging trauma injuries that can affect players long after they retire from the game.

Now with the curtains pulled back on how they had been shrugged off in the past, we’re hearing more and more current and former players step forward with their own stories. Speaking with a Swedish media outlet, goaltender Anders Nilsson shared the scary details of the head trauma that would eventually force his requirement.

NOTE: This content has been translated from Swedish to English (via u/balderismo) so it’s possible that there are slight errors in translation.

Nilsson discussed a game against Vegas in 2019 in which he first started to feel symptoms, but they were not considered to be anything worth taking him out of the game for.

A couple months later, Nilsson was hit in the head with a puck, and it intensified his symptoms even more. At this point, Nilsson believed the symptoms to be too much.

"I became extremely sensitive to light and wore sunglasses even to dinners with my family. I slept for hours upstairs in our house, but got annoyed just from the TV being on downstairs. It took a year for me just to be able to walk into a grocery store again."

He goes on to discuss where he’s at today, explaining that he is doing much better than before. Still, he experiences sensitivities that affect his everyday life.

I still wear sunglasses even on overcast days. Sometimes it's hard to be around the kids, just because I'm so sensitive to light and sound. I'm constantly tired and I get angry easily. But I'm just thankful I've gotten to where I am today."

Nilsson retired on August 8th when he shared an Instagram post to his followers. In it, he cites post-concussion symptoms and neck problems as the reason for his unwanted retirement.

I would like to announce my retirement from professional ice hockey. My post concussion symptoms and neck problems make it impossible for me to continue as a professional goalie. Obviously not the way I wanted my career to end, but I got to achieve my dream as a kid to play in the NHL and represent my home country Sweden on the world stage. I would like to thank everyone who has helped me along the way and supported me through the ups and downs of my career. Also, a big thank you to the New York Islanders, Edmonton Oilers, St. Louis Blues, Buffalo Sabres, Vancouver Canucks, and Ottawa Senators organizations who gave me an opportunity to put on their jersey, as well as Ak Bars Kazan. I will always hold with me the memories of playing for those teams. A special thank you to my home town team Luleå Hockey, who supported me from a young kid to a pro.

Hoping for all the best from Nilsson. Hopefully sharing his story will help to increase awareness around the severity of concussions.