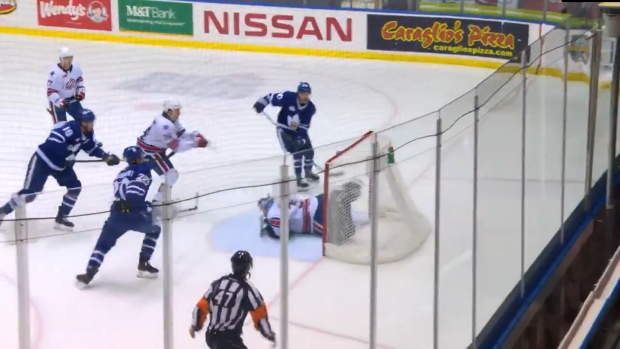 If you’re wondering what the Hamburglar is up to these days, well, he’s still committing robberies.

Currently playing with the AHL’s Rochester Americans, Andrew Hammond turned in an absolute gem of a save in his most recent game. The scorpion kick save is always a delight when it works.

We only have one question... HOW?!

The answer: @andrewhammond30 THE HAMBURGLAR

(@SportsCenter you might want to take a peek 👀) pic.twitter.com/vKUK9KDpf5

This was part of a 20-save shutout win for Hammond in net. Currently signed to a two-way contract with the Sabres, we haven’t seen him on the ice at the NHL level since a handful of playoff appearances with the Avs in 2017-18 as their emergency third-stringer.

Hammond actually stole one of those games for the Avs, a memorable first-round Game 5 against the Red Wings, but even though it was really more of a flash in the pan, you still had Avs fans chucking hamburgers on the ice to celebrate the Hamburglar. We love it.