A lot of fun has been had with Auston Matthews and Connor McDavid’s GQ photoshoots and when there is fun to be had, the memes are quick to follow.

Whether it be the photo of his thumb in the eye, the turtleneck or any of his others artsy shots, plenty of memes emerged and everyone had a good laugh. Even Auston Matthews appeared to like one of the jokes, because he favourited it on Twitter.

It appears as if Matthews wants some power play time this year.

“When you play 27 seconds on the power play.” pic.twitter.com/DfBEtUkghS

Auston not even gonna hide it. Love it! pic.twitter.com/haC9vq4Hda 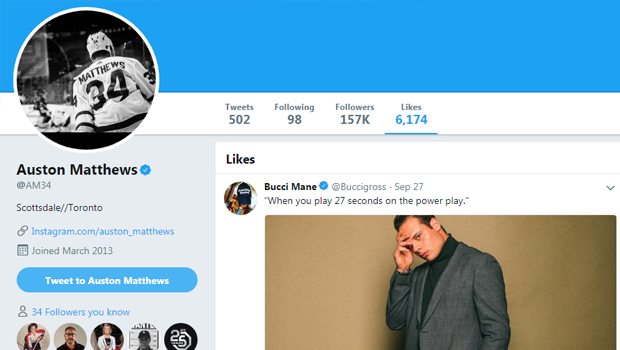 Luckily for Matthews, we’re pretty sure he’ll get a little more power play time this season. The Leafs have been talking about using a loaded first power play, so we’re not sure they’re going to be switching away from that line too quickly.

Marner* and Tavares working double duty on the PK as well.