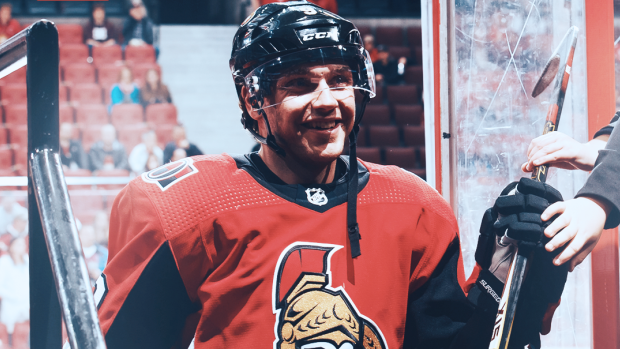 Bobby Ryan is in the fifth year of a seven-year, $50.75 million contract extension he signed with the Senators back in 2013. However, his role with the team has been trending down recently, culminating in being a healthy scratch from the lineup on Sunday against the Sharks.

Ryan doesn’t seem to be part of the long-term plans for the rebuilding Sens, but is he a candidate for a trade? Well, despite some comparisons to Roberto Luongo’s infamously untradable contract (in Lu’s own words), Ryan isn’t too concerned.

#BobbyRyan has no issues with his contract 😂🔥

Of course, anyone banking $7.25 million in average annual value is in a pretty good place for themselves, although the remainder of Ryan’s contract (which runs through the end of the 2021-22 season) isn’t quite the same as the nine years and almost $50 million left on Luongo’s original 12-year pact at the time of his trade.

At any rate, Ryan acknowledges that at times he’s lived up to his contract, and that at other times, he hasn’t. We’ll see what the future holds next for the 32-year-old.

Bobby Ryan was asked today if he can sympathize with Roberto Luongo when the Canucks goalie famously said he had a bad contract. Ryan was made a healthy scratch on Sunday night with a $7.5 M cap hit.

Here is what he told us: pic.twitter.com/qRSN1RNM95