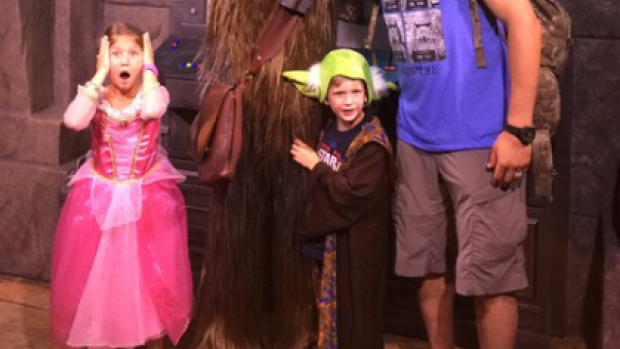 The Burns family poses in a hilarious family photo with Chewbacca at Disney World. , Brent Burns/Twitter

It’s no secret that San Jose Sharks defenceman Brent Burns is one of the most animated players in the NHL.

One of his first orders of business after being eliminated from the 2017 Stanley Cup playoffs was to take his family to Disney World, where they decided to dress up as Star Wars characters. They managed to find Chewbacca (AKA Burns' doppelganger), and took advantage of a golden opportunity.

As you can see, Burns is wearing a Yoda hat, but he clearly still looks more like Chewbacca. They sadly even have a similar amount of teeth!

May the force be with the family during the remainder of their visit at the park.Hopefully someone doesn't mistake Burns for being a Wookiee.