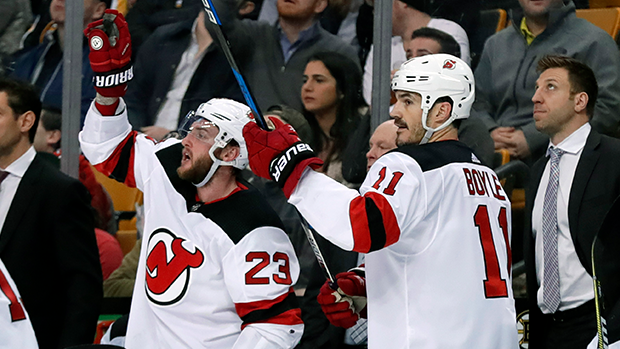 If you ever watch Jay and Dan, you might be familiar with a little game they like to call “Nicknamesy”. It’s about NHL nicknames and how they always seem to be almost exactly the same. Not this one.

Brian Boyle was pretty pumped about Stefan Noesen re-signing a deal with the New Jersey Devils and he decided to tweet congratulations. That came in the form of a nickname. Obviously the nickname “Nose” (Which seems to be used by some teammates) or “Nosey” seem to be the most logical choices, but Boyle busted out something totally unexpected.

Poops? Pops? We’re not quite sure which one that was supposed to be, but everybody is jumping to conclusions pretty quickly.

Was that a Pops or a poops💩?

If that really is a “Poops”, that has to be the greatest nickname in hockey.