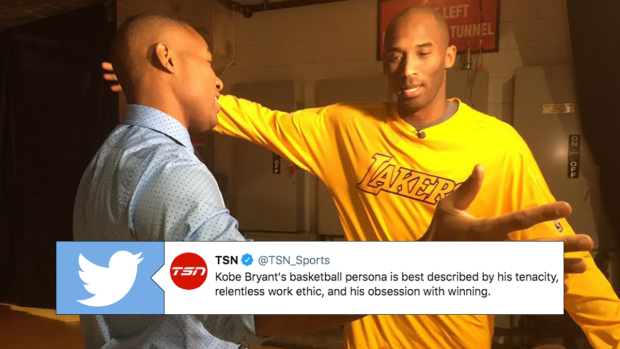 As the NBA heads into All-Star Weekend, the basketball world continues to try to understand the loss of Kobe Bryant. The Los Angeles Lakers legend passed away after a tragic helicopter crash took the lives of him and eight others. Kobe leaves behind a trail of loved ones in mourning, including longtime TSN personality Cabral Richards.

Cabbie developed a special relationship with Kobe, one that went deeper than friends. They treated each other like brothers, and the love between them is still obvious when you watch back their old segments.

Kobe Bryant's basketball persona is best described by his tenacity, relentless work ethic, and his obsession with winning.

Still mourning his tragic loss as the NBA heads into All-Star weekend, @Cabbie knows first-hand the lasting impact Kobe had on people across the globe. pic.twitter.com/tjBW5DXyZs