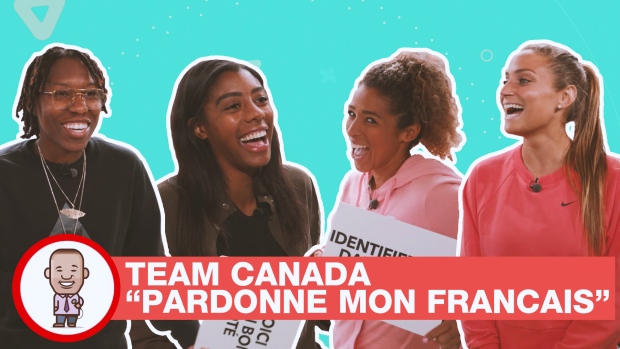 Over in France, the 2019 FIFA Women’s World Cup is underway, and Team Canada is set to join the action with their first game of the tournament against Cameroon on Monday afternoon.

Before taking to the pitch, Canadian players Kadeisha Buchanan, Ashley Lawrence, Desiree Scott and Shelina Zadorsky were guests on the latest episode of Cabbie Presents, where Cabbie gave them a few terms in French that might come in handy during the World Cup for social media or just a good ol’ celly.

Sportsmanship can have limits if the jerseys are soaked, and the Canadian players also explain to Cabbie just how the jersey exchange works after a soccer match.

Canada enters the tournament unbeaten so far in 2019, and slotted in at 5th in the FIFA rankings.

Klay Thompson was also another recent guest on Cabbie Presents over the weekend, taking a few suggestions from Cabbie on potential adjustments in a must-win Game 5 for the Warriors.