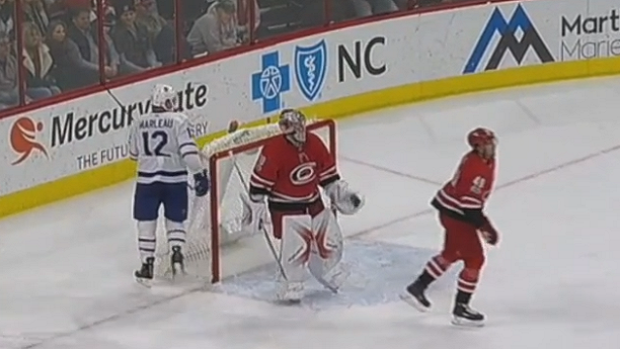 The Carolina Hurricanes take on the Toronto Maple Leafs at home. , r/Hockey

It was a rough Black Friday for Carolina Hurricanes goaltender Cam Ward.

The Saskatoon native allowed four goals on the 13 shots he faced before getting pulled after two periods. Scott Darling came in for the third and played well during a late rally by the Canes. Carolina scored three third period goals, but it wasn’t enough to defeat the high-flying Maple Leafs. Toronto ultimately won the contest 5-4. 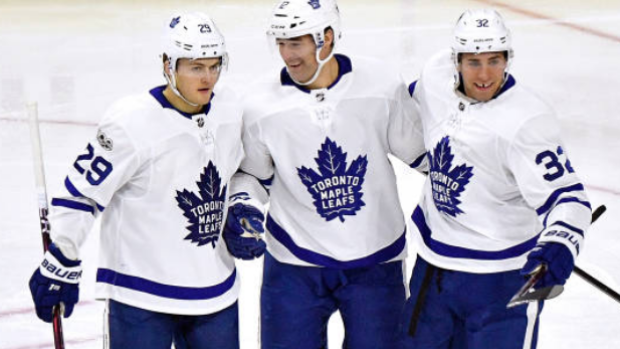 When a player or a goaltender struggles, it’s natural for fans to let them hear about it. Some yell unthinkable things, while others casually boo. Hurricanes fans decided to do the contrary, though, and actually cheered Ward on after he made one of his easiest stops of the game. The 33-year-old was visibly upset afterwards and proceeded to bat the puck out of play with his stick.

It’s hard to blame Ward, as the goaltender has given the franchise some of its best moments. In 2006, Ward played lights out in the crease and helped the Hurricanes win its first Stanley Cup. He also became the third youngest player to win the Conn Smythe award in the process.

Being a goaltender isn’t an easy job and fans need to think twice before they sarcastically heckle their own player. At least Ward responded in the best way he could.