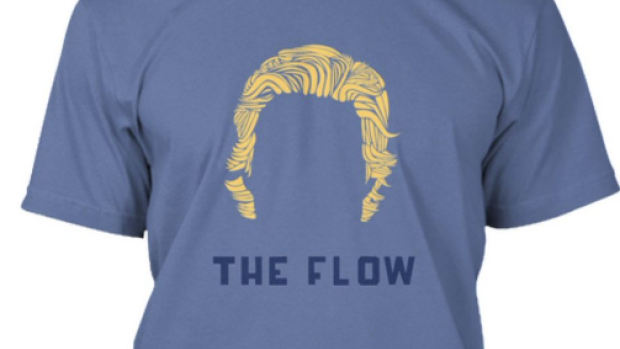 Vancouver Canucks rookie Brock Boeser is not only leading the NHL rookie scoring race, but he’s also establishing himself as one of hockey’s legitimate pure goal scorers.

Poll: Who does Brock Boeser remind you of?

Through 19 games, Boeser sits atop of the Canucks scoring race with 11 goals and 10 assists, despite missing the first two as a healthy scratch.

Not only is Boeser on pace to score 40 goals in his first full season in the NHL, he’s on pace to break Pavel Bure’s rooke record of 34 goals in the 1991-92.

Brock Boeser is the third different @Canucks rookie in the last 26 seasons to record at least one goal in four consecutive team games. #NHLStats #VANvsPIT pic.twitter.com/Ex3EWHO4af

Boeser played nine games for the Canucks last season after signing his entry-level contract upon the completion of his season at the University of North Dakota. Through Boeser’s first 28 career NHL games, he’s notched more points than Auston Matthews, Patrik Laine, Johnny Gaudreau, Jack Eichel and Filip Forsberg did in that same duration.

While his shooting percentage of 19.1 percent is likely to regress, Canucks fans are riding the wave of goals from the young Minnesotan sniper.

Forget NHL by EA. With that deadly shot, Brock Boeser should be on the cover of the next Assassins Creed game

Don't mind me, I'll just be over here lying on the floor crying at the thought of Elias Pettersson passing to Brock Boeser for the next decade. #Canucks pic.twitter.com/vbbjuNEY6k

The #Canucks have long needed elite, game-breaking talent as the succession plan to the Sedins, and early signs suggest they may one day have that in Brock Boeser and Elias Pettersson.

Brock Boeser is ruining the #Canucks rebuild hahahah the guy is freaking phenomenal!

BROCK
BOESER
IS
THE
REAL
DEAL

Brock Boeser is now 4th in the league in Points Per 60 (min. 200 mins played). Behind only Stamkos, Kucherov, Gaudreau. #Canucks pic.twitter.com/yftWpFc24s

““Brockamania” is alive and well in Vancouver right now, and one Canucks fan has decided that the luscious locks of Brock need to be put on t-shirts and hoodies.

Cam Davie, who runs the Canucks Money On The Board campaign with the popular fan site Canucks Army, spearheaded the endeavour with a picture of Boeser's hair with a caption of "The Flow."

The Flow t-shirts and hoodies are now FOR SALE!!!!https://t.co/TF2fUWqEB7

ALL PROCEEDS will be donated directly to our #CanucksMOTB campaign. pic.twitter.com/jah7LrbC8h

All proceeds of the purchased t-shirts will go to the British Columbia and Yukon Make-A-Wish foundation.

It's always a good day to put some MONEY ON THE BOARD for @MakeAWishBCYK, especially when it's another #Canucks gameday. #CanucksMOTB 💰📋🌠 pic.twitter.com/XGEPCkuAEg

Boeser has tallied six goals in his last four games alone, including back-to-back games over the Flyers and Penguins where he notched two apiece. Along with linemates Sven Baertschi and Bo Horvat, the trio has emerged as one of the league’s top up-and-coming goal scoring lines.

The 23rd-overall pick in the 2015 NHL Entry Draft could be the first Canuck to win the Calder trophy since the Russian Rocket did it in 1992.

Investigative journalism: went to #NHL store to see if they were stocking #Canucks Boeser jerseys. Store closed, but no sign of 6. Either they don’t have them — or they’re sold out! pic.twitter.com/7DNOCV44hv

Take note, hockey fans, Brock Boeser is the real deal, and he deserves all the attention as one of the next great young scoring superstars in the NHL.

You can purchase the shirts here, but you better hurry, as the shirts will stop being sold on Monday.