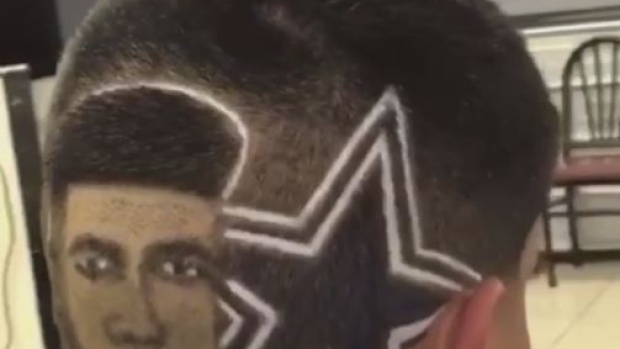 The Dallas Cowboys host the Green Bay Packers on Sunday afternoon and it should be an exciting game. Two of the most explosive offences in the league are going head-to-head with a spot in the Conference Championship on the line, so you can expect an action-packed game from beginning to end.

You always see some diehard fans go above and beyond everyone else to show the world just how much their team means to them, and this one Cowboys fan might have everyone beat heading into Sunday night’s game.

Nothing like a fresh cut before a big game. ••• (Video via @sportscenter)

Ezekiel Elliott took the league by storm in his rookie season, finishing with a league-best 1,631 rushing yards and 15 rushing touchdowns, which were good for third-most in the entire league. A lot of Cowboys fans probably feel the same as this youngster does about their star running back, only not everyone has the guts to go out and do this to their hair.