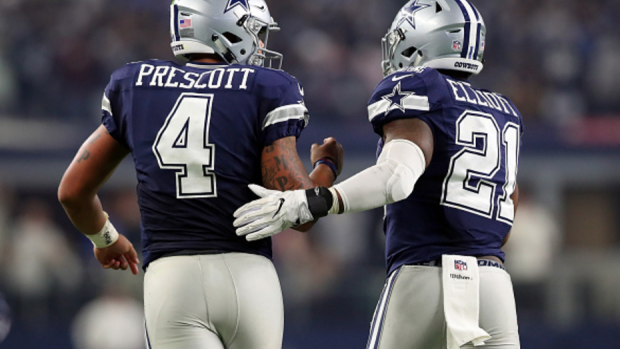 For those fans of the 24 teams that are not in the playoffs as the Divisional Round approaches, you may be asked by other football fans who you're cheering for to win the Super Bowl.

Obviously fans dedicated to their team probably won't cheer for anyone and just watch the remaining games with little rooting interest, but some fans may want to cheer for a certain team to win or see a certain team lose, and there's nothing wrong with that.

A popular choice for a playoff team to cheer for has to be the Dallas Cowboys.  After years of bad regular season and postseason memories, Dallas is primed for a deep run thanks to Dak Prescott, Ezekiel Elliott and company.

Plus, the Cowboys are also "America's Team," so they're really easy to rally around.  That being said, the team has noticed the influx of bandwagon fans now that the postseason is underway.

With that in mind, it makes sense that the Cowboys' Twitter account released a "Bandwagon Fan Application" for those wanting to join ahead of the game against the Packers.

Thanks for your inquiry about the Dallas Cowboys’ bandwagon. Spots are filling up fast, don't miss out!

More teams should follow Dallas' lead and do this once the playoffs begin.

They should also retweet some of the funnier applications like the Boys did, too.

Y'all didn't leave an email behind so here.... @dallascowboys pic.twitter.com/fw2xQ5JuQM

While we don't have a problem with the Cowboys, we'd rather join the Green Bay bandwagon for the simple reason that Aaron Rodgers is kind of Canadian now.