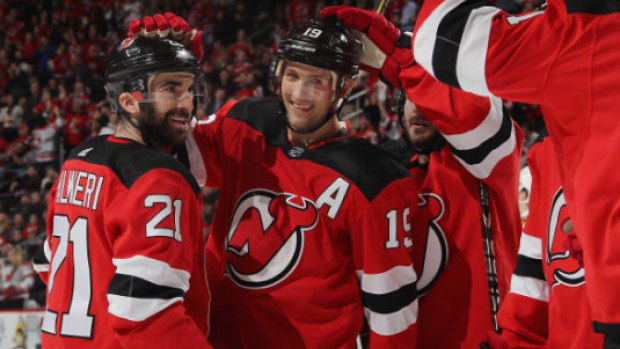 SPLASH! The first major deal ahead of Trade Deadline Day is officially in the books. The New York Islanders made a statement by acquiring Kyle Palmieri and Travis Zajac from the New Jersey Devils, officially establishing themselves in win-now mode.

While Zajac and Palmieri are likely excited to move to a playoff-bound team, it’s not like they won’t have a little heartache leaving. Based on comments from Devils’ GM Tom Fitzgerald, it sounds like there’s a lot of love and respect between player and organization.

"If Travis wanted to continue to play and not make the playoffs, that was his right to stay. But I know he's a hungry professional wants a chance to win a Cup [...] and this may be the year he does."

Fitzgerald also says of approaching a player who has earned the right to have a NTC:

"That's why you go to these players, and let them think about things, let them tell you what they want to do."

Hoping for their destination team to win the Stanley Cup, despite that meaning a worse pick for the Devils, shows how truly beloved Zajac and Palmieri were in New Jersey. You love to see the level of respect, especially for Zajac who crossed the 1,000 game mark with New Jersey this season.