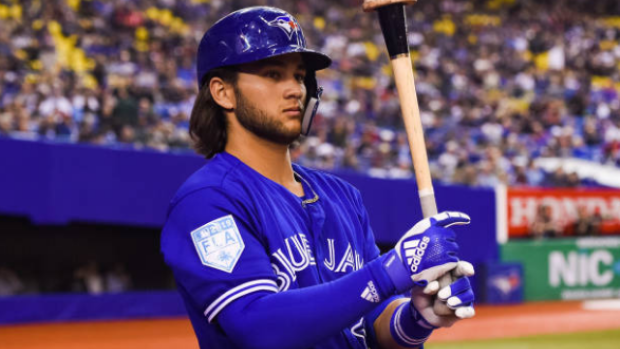 Now that Vladimir Guerrero Jr. has graduated to the big leagues, shortstop Bo Bichette is the top prospect in the Blue Jays organization.

The question is, just how much longer will Bichette spend in the minors before joining the big club in Toronto?

Currently slashing .298/.360/.482 with the Buffalo Bisons in Triple-A with five home runs and 27 RBIs in 43 games, Bichette has been on fire since returning from an injury in June.

This just in: Bo Bichette can rake.

When Rowdy Tellez was sent down to Buffalo the other day, some pondered whether Bichette was heading the other way.

But given how the MLB accrues service time and ultimately club control that determines how long a player has until free agency, the Jays won't be rushing Bichette up any time soon it appears, much like how they handled the Vladimir Guerrero Jr. situation.

On Sunday night, Bichette tweeted out a rather cryptic tweet, linking some to believe he was referencing the MLB's service time rules.

You can see why he'd be upset over that if that’s what the 21-year-old was talking about.

Unless Freddy Galvis, the Jays starting shortstop, is traded before the deadline and the team is caught in a pickle, don't expect to see the son of Dante Bichette Jr. up this season.