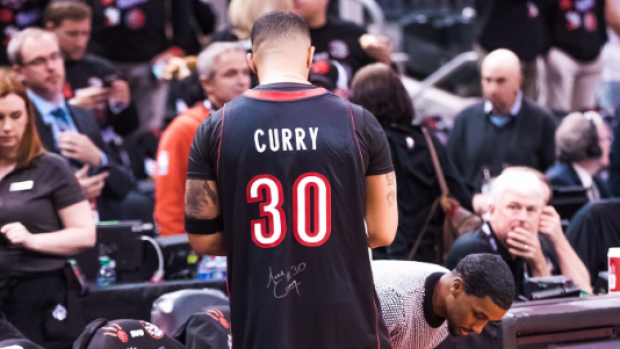 It's Game 1 of the NBA Finals, and the Toronto Raptors global ambassador is going full-troll mode with his championship attire.

First, the Toronto rapper was spotted with a Dell Curry Raptors jersey.

.@Drake's out here trolling Steph and the Warriors 😅 pic.twitter.com/8l8JTp4lFF

People were curious as to why he decided to wear an armband on his arms, but it was quickly pointed out that was he was covering up his Steph Curry and Kevin Durant Golden State Warriors tattoos.

A close-up of @Drake wearing @mrvincecarter15's VC Shox from his Raptors days!

Drake is living in the early 2000s with his wardrobe tonight.

Curry and Drake a good friends, and you can bet that the three-time NBA Champion and two-time NBA MVP even appreciates that troll job.

.@superfan_nav and @Drake link up pre-game.