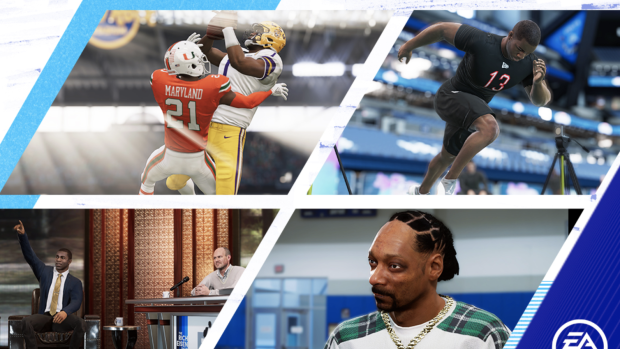 If there's something Madden fans have wanted to see for years, it's changes to franchise mode.  Tuesday, EA revealed updates to its franchise modes fans will see in Madden 21 and let's just say some fans were disappointed.  More on that later.

For now, let's start with 'Face of the Franchise,' a game mode that allows gamers to create a player and take that player from high school to (hopefully) the Hall of Fame in an extensive journey.

Learn more about YOUR Rise to Fame in #Madden21: https://t.co/BIsOJMK23o pic.twitter.com/ucNIw4owNh

In Face of the Franchise for Madden 21, you start as a high school quarterback and can customize your high school experience by choosing your school name, mascot, and city.  You start behind the star QB Tommy Matthews, played by Tye Sheridan, on the depth chart.  Tommy will be your rival and friend at different points on your journey depending on the decisions you make.

After high school comes college, the combine, the NFL Draft, and ultimately the chance to be the saviour for a franchise.  You don't have to be a quarterback, though, as there will be an option to switch positions in college to either running back or wide receiver.

Once you make it to the NFL, there will be different storylines that define your journey. You really just did this crap... pic.twitter.com/oHPzvtKpZ8

I think you fixed the wrong franchise mode

Just give the rights to 2K please

You can't please everyone, but considering how long Madden fans have been waiting for changes to franchise mode and to see what's being updated in Madden 21, it's certainly frustrating to say the least.