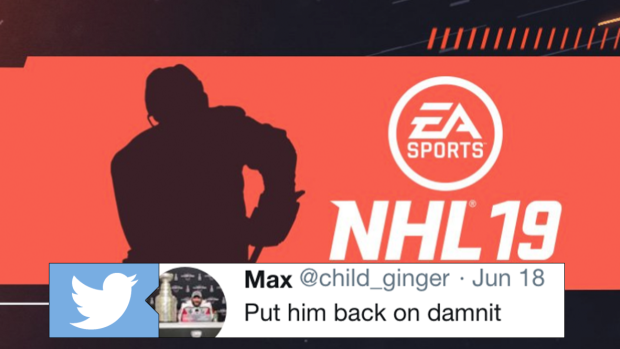 Hockey fans have seen the trailers for other sports video games like 'Madden 19' and 'FIFA 19', but haven't seen one for 'NHL 19' just yet.

That will all change Wednesday night at the NHL Awards, however, as EA Sports NHL announced that the first trailer, the cover athlete, release date, and much more we'll be revealed in Las Vegas at the NHL awards.

Fans have been speculating online about who the cover athlete will be for NHL 19, so EA dropped a hint to help out fans (or create more speculation) as to who will be on the cover.

We'll give you a hint, he's never been on the cover before! 😉 #NHL19 pic.twitter.com/pVMROamMAN

The hint is a huge one as it eliminates a number of big names including the man everyone probably wants to see on the cover right now, Alex Ovechkin.

Put him back on damnit

With that hint dropped, fans continued guessing and most picked P.K. Subban because the player shown in the picture that was tweeted out is a right-handed shot.

Who do you think will grace the cover this year?  Let us know!