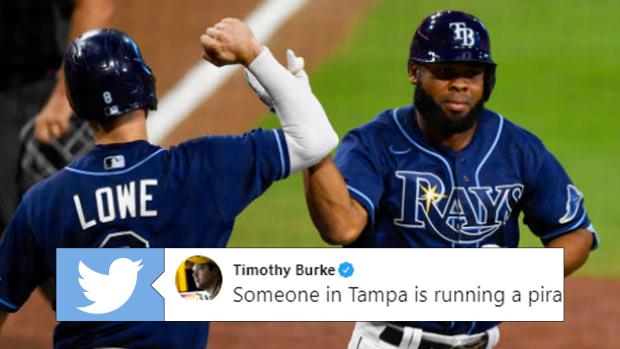 The Tampa Bay Rays are currently playing their most important baseball since advancing to the World Series back in 2009. To make the stakes even higher, they’re playing against undoubtedly the greatest villain in baseball history; the Houston Astros.

Mix all that in with a global pandemic, and Rays broadcasting has never been more crucial than right now. That’s what made one rogue radio broadcaster’s antics that much more significant.

Apparently during last night’s intense Game 6 action in which the Rays were trying to finish off the pesky Astros team they’d put down 3-0 in the series earlier, a pirate radio broadcaster began pumping non-stop Billy Joel over the same frequency on which the Rays game was playing.

Not exactly what Rays fans were hoping for, but it certainly led to some entertaining replies. Some were simply accusing their friends, while others made up some appropriate lyric replacements, but one even highlighted an interesting overlap that happened previously.

Is the 2020 WLLD 98.7 parallel universe collapsing in on itself? pic.twitter.com/Tv6p1ZGmge