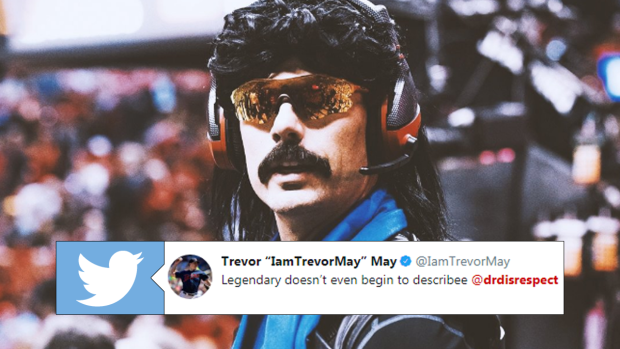 It’s not uncommon to spot celebrities at an NBA basketball game, particularly if it’s an NBA Finals game. Game 2 of the NBA Finals between the Toronto Raptors and Golden State Warriors was no different, but a few celebrities were causing a little extra stir.

Former U.S. President Barack Obama would be one of those, but one you may not expect is Dr. Disrespect.

If you aren’t a gamer, you may never have heard of Dr. Disrespect. He is a legend in the Twitch streaming world, and is extremely recognizable by his costume. It includes sunglasses, a fake mustache, a wig, and a headset. He wore THE WHOLE costume to Game 2.

THE DOC IN TORONTO FOR GAME 2. @drdisrespect pic.twitter.com/OIEsg8lNXA

@drdisrespect Made a Twitter just for you doc pic.twitter.com/fAeabx3OYq

Yea ok sure @BarackObama is at the game but are we just going to ignore @drdisrespect there courtside looking like a god damn mythical creature. pic.twitter.com/ArGU5mo38j

Look at the intensity of the 2x Violence Speed and Momentum @drdisrespect pic.twitter.com/y3a0Y6nu6s

@drdisrespect DOC AINT PLAYING AROUND. GET HIM ON THE COURT pic.twitter.com/RjH2mHxOLC