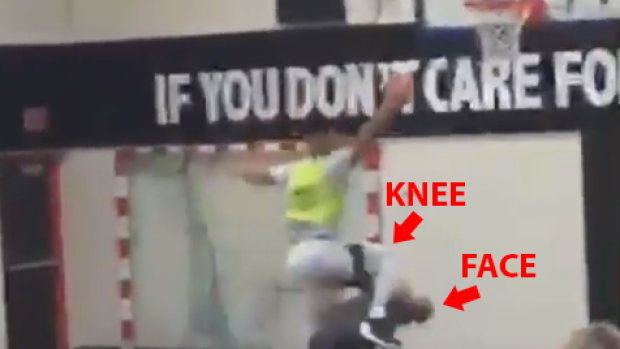 If you volunteer to be the person who gets dunked over, you're probably hoping that the person performing the dunk is 100 percent certain that they can clear you. Instead, this guy got 100% of former CFLer Jordan Reaves' knee to the face.

Last week Reaves posted a clip of himself attempting to jump over someone during a dunk attempt. As we stated above...the dunk did not go according to plan. We're struggling to think of a way in which that could've gone worse for the kid who volunteered. We guess the kid's lucky that Reaves didn't fall on him right after as well, right?

Thankfully the guy was alright, with Reaves mentioning in his caption that he "walked out with a smile."