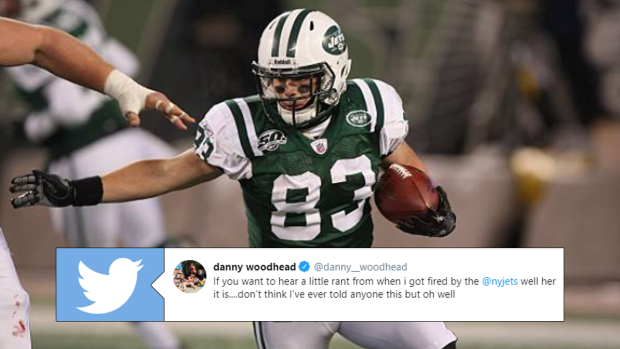 The NFL is a real cut-throat industry with nearly no job safety for a lot of the league’s makeup. Any given day, there are players being cut from teams, sometimes without much reasoning given, and something as simple as pulling a hamstring can spell the end of your career.

It’s safe to say that “revenge games” are a very real thing in the league. If a player gets cut by one team only to be presented an opportunity to play against that team, you better believe they’re going to take it. Residual bitterness looms heavy in the NFL.

For Danny Woodhead, that bitterness was amplified by the reasoning given by the New York Jets upon his 2010 release from the team.

If you want to hear a little rant from when i got fired by the @nyjets well her it is....don’t think I’ve ever told anyone this but oh well https://t.co/DX9raxQkrf

Woodhead was notably one of the smaller players in the league, but his hard work and determination clearly paid dividends as he managed to stay in the league for 8 years. Standing 5’8, it is understandably frustrating for him to hear that the reason he got cut was because he was asked to complete a task that no one in their right mind should have given him in the first place.

In the end, it was Woodhead that got the last laugh. Playing for the Patriots, Chargers, and Ravens, Woodhead made his mark on the league, with his career peaking in 2011 when he played in Super Bowl XLVI for the Pats, scoring a touchdown but ultimately losing to the New York Giants.

And the Jets… well… they still aren’t very good.

(H/T Out Of Nowhere Podcast)