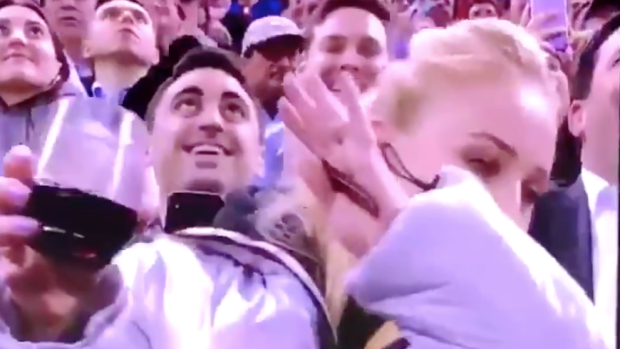 Winter may have passed (March 20th is officially the first day of spring), but Winter is coming in the 'Game of Thrones' world.  The final season of the show begins in less than a month (April 14th) and the trailer that recently dropped has fans PUMPED.

Speaking of fans being pumped AND Game of Thrones, Tuesday night at the Rangers game in New York, Sophie Turner (who plays Sansa Stark) was in attendance and pumped up the crowd by dabbing and chugging a glass of wine.

The Rangers lost the game, but it's no coincidence that with the Queen in the house, King Henrik reached a major career milestone.

In the first period of tonight's game, #NYR Henrik Lundqvist became the 11th goalie in @NHL history who has played at least 50,000 career minutes & only the 3rd goalie to do so with 1 franchise.