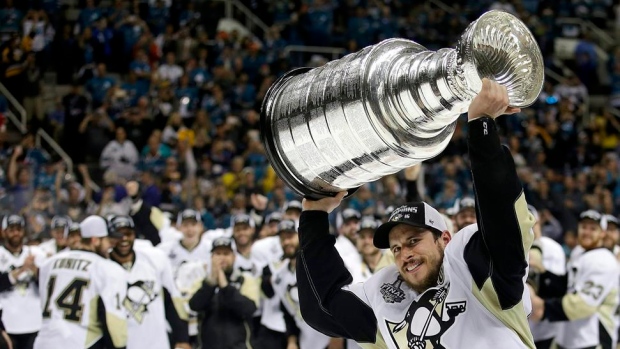 If you factor in all his accolades, Sidney Crosby has achieved the highest amount of success while being the greatest hockey player of his generation. Connor McDavid might be the most talented in the world, but he still can't hold a candle to Crosby's achievements.

Through all the awards and trophies, Crosby has maintained a low-profile in the era of social media and smartphones. One of the most gracious athletes on the planet, Crosby is also a tremendous figure in the community.

Whether it's in his hometown of Cole Harbour, NS, or Pittsburgh, PA, Crosby can bring an instant smile and sense of gratification when he interacts with hockey fans around the world.

Gord Miller, TSN's legendary play-by-play host, is currently co-hosting TSN 1050's drive show, OverDrive 1050. On Wednesday's show, Miller retold a story of Crosby during his time shadowing Crosby at his hockey school after the Penguins won the Stanley Cup in 2016. After bringing the cup to meet a group of kids at a children's hospital in Cole Harbour, Crosby asked Miller where else they could venture to.

Miller told Crosby about a hospital designated for veterans nearby. After meeting a few of the veterans, one of them said: "it's too bad Joe wasn't here, as he would've loved this."

Crosby followed that up by asking who exactly Joe was. Turns out Joe was a Korean war veteran who was blind and bed-ridden. Being the good guy that he is, Crosby asked went upstairs to visit Joe.

What Crosby did was truly heartwarming and amazing. He brought the cup over to Joe, grabbed his hand, and helped him trace his finger over where Richard's name was engraved on the Cup.

You can listen to the portion of the clip here, starting at around the 16:35 mark, or in the video at the top of the article.