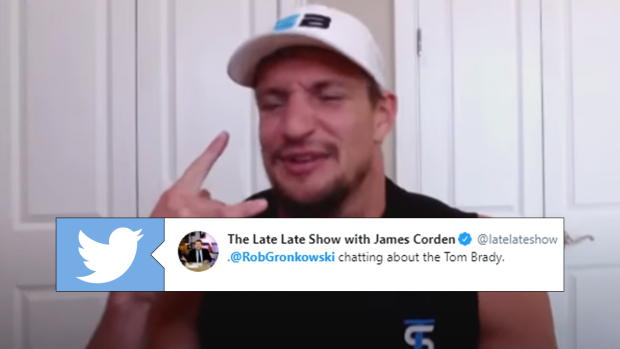 Sports may be mostly stopped at the moment, but that doesn’t mean the entertainment has to stopped. Especially not if Gronk has anything to say with it.

Even though Rob Gronkowski took last season off, he was still very much in the entertainment spotlight. He joined NFL broadcasts, he competed in the WWE, and he’s been the subject of seemingly countless quarantine videos as well.

The latest comes from a conversation Gronk had with James Corden, where Gronk hilariously reenacted the supposed conversation he had with Tom Brady.

This couldn’t possibly be exaggerated, could it? GRONK???? No way.