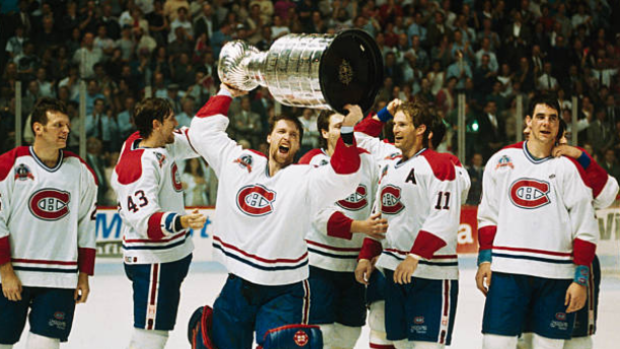 Hockey is a sport that Canadians hold very close to their heart. In fact, Canada is so proud of the sport, it’s pretty much immediately associated with the country by the rest of the world. While Canada continues to have success in the international world of hockey, and Canadians are rostered on every Stanley Cup winning team, it’s been a long time since a Canadian team lifted hockey’s most treasured prize – the Stanley Cup.

In fact, it’s just reached 5-digits on the day count; Reddit user u/Benacor pointed out that it’s been 10,000 days since the Montreal Canadiens lifted the Cup on June 9, 1993. We checked, and it’s true.

If that’s not damaging enough to Canada’s ego, let’s take a look at the odds.

We understand that franchises are in very different places, and that the odds are not something that you can determine with objective equity. Saying that, a 27-year period is a long enough window to safely say each team has at least had a shot to adjust their franchise into a winning team.

If the odds were to level out and be exactly equal, there have been 758 chances to win the Cup. This includes expansion teams as they join. Of those 758 chances, 173 of them have been Canadian teams (two seasons of the old iteration of the Winnipeg Jets until they moved to Phoenix, and nine of the 2nd interation). That works out to being 22.82% of the total chances being a Canadian team winning over the 27 year span.

On the flip side, that means it’s 77.18% of the total chances being American.

It’s not a perfect formula because there are sometimes six Canadian teams over that span, and sometimes seven, but if you were to determine that it’s a 77.18% chance that an American team wins each season, the odds of a Canadian team not winning the Cup fall to 0.027%.

The same Reddit user that revealed the 10,000 day mark did their own (likely more precise) calculations, falling at 0.128% - makes sense seeing as there were only 6 Canadian teams for some of those seasons.

All in all, this article really just has one theme; Canada’s due for a Cup.