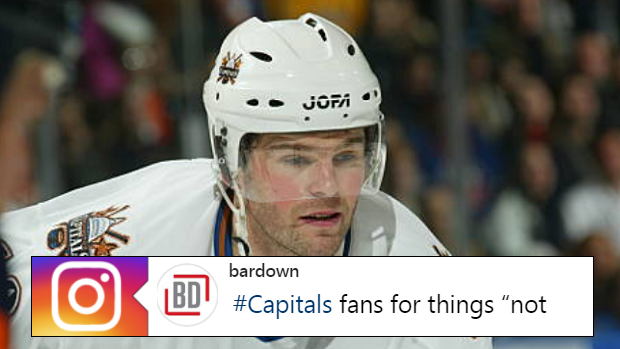 Jaromir Jagr as a member of the Washington Capitals in 2003. , Bruce Bennett Studios via Getty Images Studios/Getty Images

All these years later, Jaromir Jagr is still feeling guilt over the way things worked out for the Washington Capitals during his time with the team.

Jags isn’t the most active dude on social media, but he did take to Instagram to apologize to Capitals fans for from the sounds of it, not playing his best. However… the 47-year-old made sure to point out that IF he had done better with the team, they wouldn’t have been able to draft Ovi and probably wouldn’t have won the cup. He concluded the caption with “you welcome”.

That right there is a power move people!

Caps fans. Sorry it didn’t work out, but I try my best. After 18 years we should look the positive way. If I would play very good , you would never had a chance to draft OVI. And you would probably didn’t win the cup last year😀👍........ you welcome😎 11.7.2001 jsem byl poprvé trejdovám z Pittsburgu do Washingtonu. Má 1 sezóna za Caps prý byla hrozná 😳, ale i tak jsem byl 5 v bodování a to jsem vynechal 13 utkání 😀💪🇨🇿 ......nevím no, CHVÁLA JE PŘÍJEMNÁ , KRITIKA POTŘEBNÁ - Jaromir Jagr #jagr #caps

Jagr signed the then-largest contract in NHL history with the Caps for $77 million over seven years but spent just two-and-a-half seasons with the team before eventually getting moved to the New York Rangers ahead of the 2004 deadline. His tenure in Washington has been viewed by many as disappointing despite tallying 201 points in 190 games. Washington made the playoffs just once (2002-03) in his three years with the team, and went on to draft Ovi with the first pick in the 2004 draft.

Funny the way things work out!

Ovi drinking from the Cup at a club in Vegas 🍾 🎉 . (Via: @nastyashubskaya)

Don’t worry Jaromir, we’re sure there are no hard feelings from the Caps’ side of things. You’re a good dude, though!