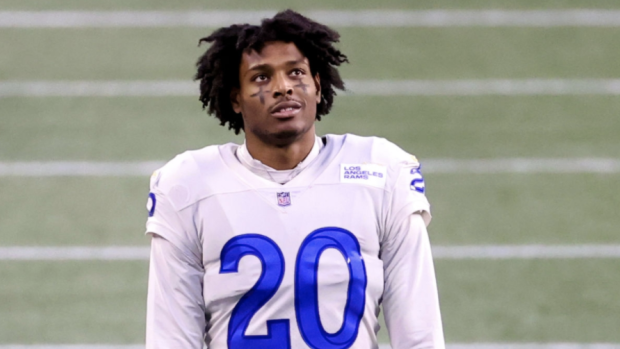 We love petty. Pettiness is what truly makes sports ten times better, so when Jalen Ramsey decided to hit us with some petty remarks about the Seattle Seahawks, we ate it right up.

Following the Los Angeles Rams Wild Card Round defeat over the Seattle Seahawks, the cornerback gave the Seahawks a nice little off-season recommendation in a hilarious way.

“They can take their hats and T-shirts to Cabo. They can keep their little hat and T-shirt. They can go to Cabo for the rest of the offseason.”

T-shirts, hats, cigars and Cabo sound like a sweet deal to us in all honesty but we know this message was loud and clear for the Seahawks, especially Jamal Adams.

The trash-talk comes after the Seahawks celebrated their NFC West division title just a few weeks ago.

While the Seahawks were given their division title t-shirts and hats, Jamal Adams took the 20-9 win to the next level with a nice little cigar within his post-game press conference.

And hey, we love that energy too! Own your work!

Just be careful if another team uses it to fuel their drive and try to use it as motivation to beat you.

So when Ramsey came back with the off-season recommendations, we couldn’t help but laugh.

WE LOVE PETTY! We absolutely live for it. This is what it’s all about, firing up those rivalry vibes.

And hopefully, we can see some more of that known Ramsey smack-talk as the Rams take on the Green Bay Packers this Saturday within the NFL's Divisional Round.