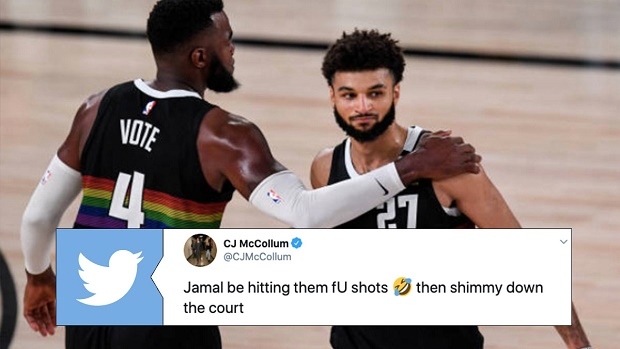 The Denver Nuggets got right back in their series with the Los Angeles Lakers on Tuesday night and they do so in epic fashion.

It was a close game early on, but the Nuggets went on a roll early in the second quarter and early in the second half to go up by as many as 20 twice in the game, but the Lakers kept sticking in it. However, just when it got too close for comfort, Jamal Murray turned things up a level and made sure his team was picking up the win this time.

Where Jamal Murray pulled up from for the dagger in Game 3: pic.twitter.com/W0pmHYmS2R

Kitchener is no longer pronounced as Waterloo — y’all earned that

Jamal be hitting them fU shots 🤣 then shimmy down the court

Jamal Murray is NOT letting this game slip away #NBAPlayoffs