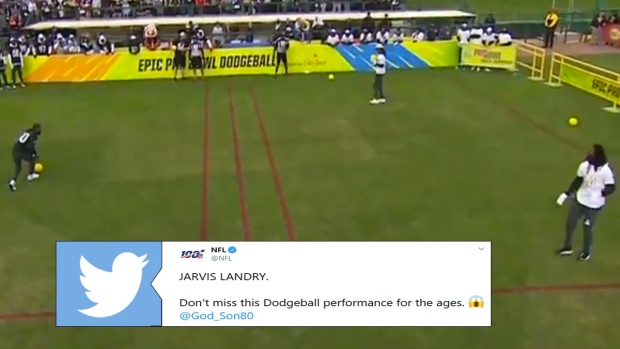 The Pro Bowl will take place this weekend in Orlando, but the Pro Bowlers got in some early light work on Thursday night as some of them took part in the Pro Bowl Skills Challenge.

Two seasons ago, Jarvis Landry – then a member of the Miami Dolphins - helped lead the AFC to a victory with his heroic performance in dodgeball. This year, the Cleveland Browns wide receiver put his skills on display once again and led the AFC to a Pro Bowl Skills Challenge victory.

UNREAL 2 MINUTES OF DODGEBALL FROM JARVIS LANDRY 😱@God_Son80 put the team on his back.

Landry was put in a very tough situation as he was outnumbered for nearly a minute, but that didn’t matter to him as he took matters into his own hands and came out on top as the hero.

We wish every league’s all-star weekend featured a dodgeball game.