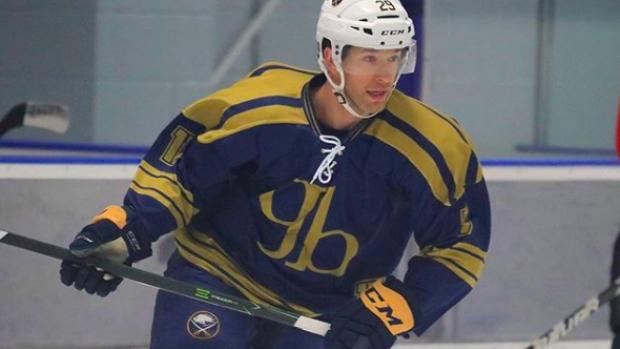 Jason Pominville played 15 seasons in NHL and spent 11 of those seasons with the Buffalo Sabres, but despite having 1,060 NHL games to his name the 37-year-old went unsigned last summer and is currently a free agent.

However, just because Pominville wasn’t on an NHL roster this season it doesn’t mean he called it quits. Instead, the former Sabres captain played in the Performax Hockey League and he absolutely tore it up.

Pominville’s a three-time 30-goal scorer and a 7-time 20-goal scorer, so this new league was no match for Pominville who potted 57 goals and added 48 assists for 105 points in just 19 games.

Sure, the Performax Hockey League isn’t close to the NHL, but averaging three goals a game and five points a game is impressive for anyone at any age in any league.