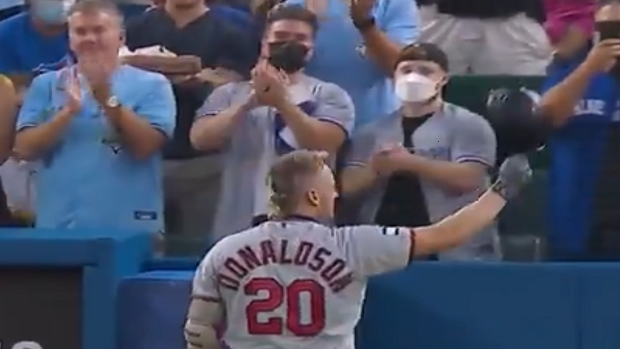 Josh Donaldson last played for the Toronto Blue Jays in 2018, but he’ll always be appreciated by Jays fans for the big role he played in the team’s playoff runs.

Now a member of the Minnesota Twins, Donaldson returned to Toronto on Friday night as the Jays and Twins got a three-game series underway, and the 2015 AL MVP got a standing ovation from the Toronto faithful before his first at-bat.

Former Blue Jay Josh Donaldson gets an ovation in his return to Toronto. pic.twitter.com/v54MKyQNuZ

Donaldson appreciated the ovation he got from Jays fans before his first at-bat and showed his appreciation with a tip of the cap to the crowd.

Josh Donaldson gets a standing ovation here at the Rogers Centre as he comes to the plate in the first inning He tipped his cap to the crowd. #BlueJays