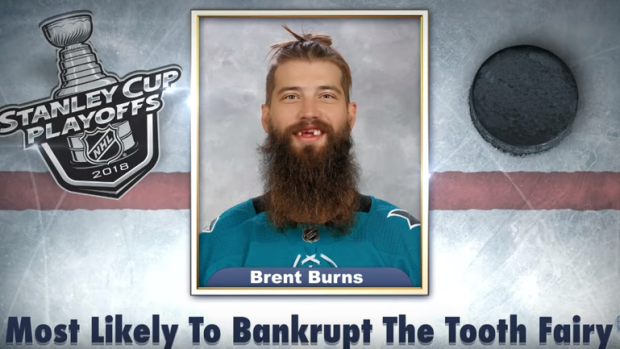 With the NHL Playoffs well underway, casual hockey fans are starting to pick up on all the action.

If you’re unfamiliar with the skit, Fallon and the show producers and writers come up with a players that are “Most Likely To…” do whatever they decided on, using a headshot on a graphic that looks like it was from a high school yearbook.

In honor of the #StanleyCup Playoffs, Jimmy hands out a few @NHL Superlatives #FallonTonight pic.twitter.com/pdutbtmuJD

Without further to do, here's the video that aired on Thursday night.

Brent Burns is really going to bankrupt the tooth fairy with all his missing teeth, isn’t he? You can see really see the similarities of Kessel and Ed Sheeran, too.

Have any suggestions? Let us know if the Facebook comments.