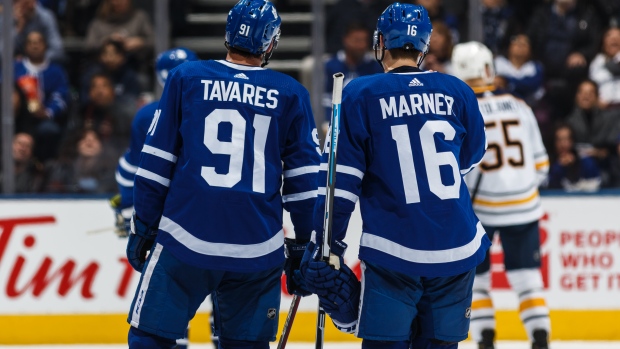 Right now, all eyes in Toronto are on Mitch Marner due to his contract situation.  The 22-year-old is currently an RFA and Leafs fans experienced a similar situation last season with William Nylander.

It ultimately ended in the two sides coming to an agreement, but it took a lot longer than expected and fans are worried the same could happen with Marner.  His teammate and linemate, John Tavares, however, doesn't seem to be as worried.

Tavares brings up a very good point in that there are a number of incredibly talented RFAs (Mikko Rantanen, Brayden Point, Patrik Laine, etc) that haven't signed a deal yet, either.

It's a waiting game at this point, but Tavares, the Leafs, and Marner himself seem confident a deal will get done before the season starts.