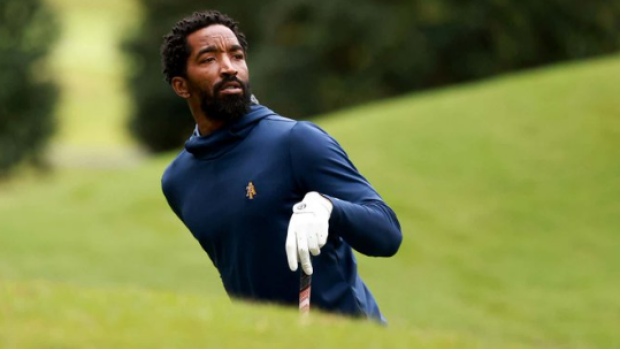 JR Smith has been one of the most entertaining athletes for a long time, and that title comes in different ways. Not only was he one of the nastiest dunkers in the league in his prime, but he’s also been the centre of meme culture for a long time.

The mistake in the Finals that cost LeBron James and the Cleveland Cavaliers a shot at beating the Golden State Warriors. His perpetual facial expression that makes it look like he just got out of a van with Cheech and Chong. His shirtless Hennessy celebration during the Cavs’ NBA title parade. The list goes on.

Now out of the NBA, Smith appears to be in pursuit of a more relaxing lifestyle on the golf course. Taking classes at a Historically Black College or University (HBCU), Smith joined the North Carolina A&T Men’s Golf team.

Smith appeared to sustain at least one sting down around his ankles, which will certainly break your focus on the course. Hopefully this will be the most hectic moment of Smith’s golf career, Smith would go on to double bogey the hole (understandably) and finished the third round with an 81.