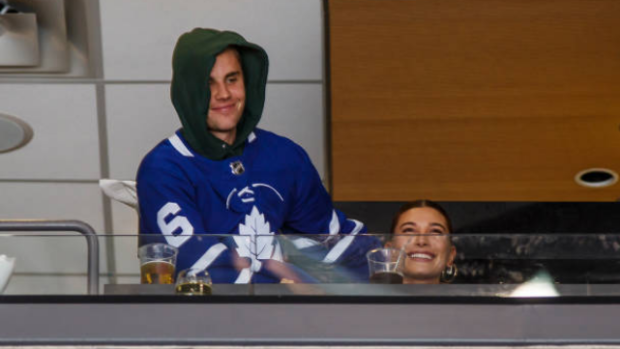 Currently taking a break from touring across the world, Justin Bieber has been hanging out with his wife, Hailey Bieber (Hailey Baldwin), trying to "self-improve" himself.

The might include taking up some MMA lessons or at least practising his ground game after the octagon. On Sunday night, Bieber sent out a random tweet, essentially challenging Tom Cruise to a fight inside the octagon while tagging UFC president Dana White.

I wanna challenge Tom Cruise to fight in the octagon. Tom if you dont take this fight your scared and you will never live it down. Who is willing to put on the fight? @danawhite ?

”I wanna challenge Tom Cruise to fight in the octagon,” Bieber wrote. “Tom if you don’t take this fight your scared and you will never live it down. Who is willing to put on the fight? @DanaWhite?”

Years ago, Bieber started to mess around in the MMA scene and befriended Floyd Mayweather for a stint.

Most likely, this is just a publicity stunt. But, is there a chance we see some sort of celebrity showdown?

If Tom Cruise is man enough to accept this challenge,
McGregor Sports and Entertainment will host the bout.
Does Cruise have the sprouts to fight, like he does in the movies?
Stay tuned to find out! https://t.co/TxsH9KUyFg

I challenge Mark Walhberg on the very same card.
Back when mark wahlberg was marky mark, I’d’ve still slapped the ears off him and took my ufc shares back.#Shares #Streams #Dazn #Espn
McGregor Sports and Entertainment