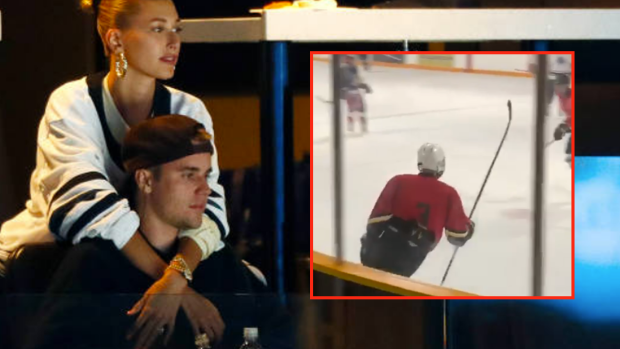 We’ve always known that Justin Bieber is Canadian, even as he continues to make his way through A-List stardom out in California. The Stratford native occasionally flashes his roots, whether it’s by way of showing support to Toronto-based sports teams or even strapping on the skates and playing some puck.

On Saturday, Bieber posted a series of beer league highlights and the superstar musician may surprise you. He’s actually pretty good!

It's not the first time Bieber has flashed his athleticism. Even way back in 2011 Bieber won NBA All-Star Celebrity Game MVP, and has played in the showcase since then as well. Here’s a look at what Biebs did way back before all the tattoos!