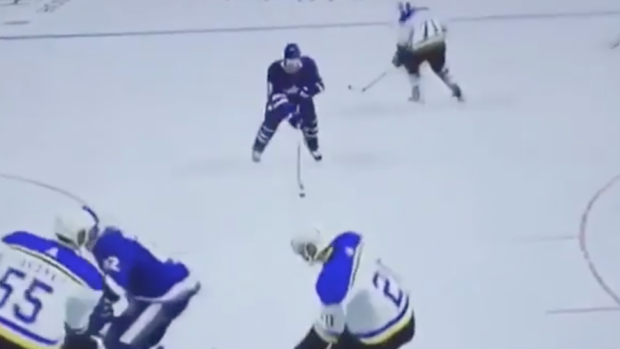 He loves watching and playing sports whenever he gets the chance, but if there's one sport he enjoys more than the others, it's hockey.

2 games in a row I scored dandy penalty shots

The Canadian has a ton of skill on the ice and as we saw in the playoffs, he loves cheering for the Leafs and chirping their rivals, too.

At least we made it farther than the Montreal Canadians ! This young team has so much potential! Let's go all the way next year!!!! Btw favourite picture me and my little bro crushing life!

Like most hockey fans, Bieber also enjoys playing the sport in the gaming world, so he recently picked up a copy of NHL 18 and spent some time Tuesday playing it.

Everyone was probably wondering what team Bieber would use, but it wasn't a shocker he went with Connor Carrick and the Leafs.

Now that gamers know Bieber plays NHL 18, they should be on the lookout because they just might face him in an online game.