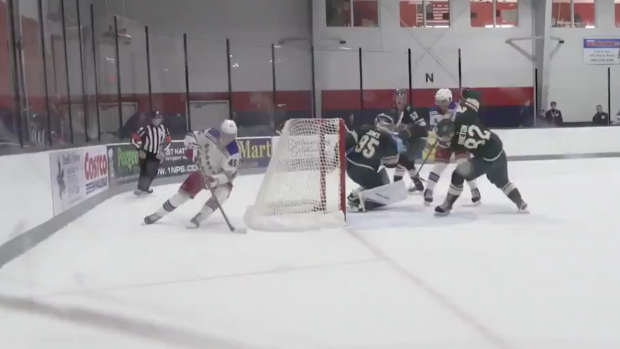 Kaapo Kakko put on a show at the World Hockey Championship and made many fans believe he could be the No. 1 pick in the 2019 draft.  The Devils didn't select him, though, choosing Jack Hughes instead and that left Kakko for the Rangers.

Monday, Kakko made his debut in the Traverse City Tournament for the Rangers and the 18-year-old didn't disappoint with three assists in regulation and the highlight-reel overtime winner thanks to a phenomenal individual effort.

Kaapo Kakko wins it in OT by himself. pic.twitter.com/1tej5nuenL

Kakko getting mobbed after scoring as pretty a goal as I’ve seen at the Traverse City prospect tournament. And I’m really old. pic.twitter.com/Y8NsU70ouD

Kaapo Kakko had three assists in the 3rd period and then scored the game-winning goal, an unassisted wraparound goal, in overtime in his Traverse City debut. Note: the Rangers entered the third period down 2-0.

Kakko was sick enough to miss the past two games. We didn't know if he was playing today because of residual effects either. He had three assists and this game-winning goal for a four-point day. He looked like he was playing against a U14 team. My word. https://t.co/IRFJShrTWW