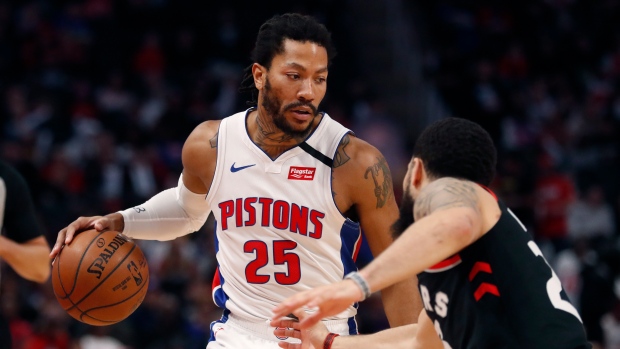 Well, this isn’t a collaboration that we saw coming, but it looks like Kanye West’s Yeezy brand is going to dip a toe into the basketball world.

Kanye’s first athlete collaboration? It looks like it’s going to be Derrick Rose, who put together a really strong season off the bench for the Detroit Pistons and seems to have revitalized his career after some down seasons following injury.

So far, this teaser image isn't much to go off, although you can expect a Kanye shoe to look like none other. How that translates to a basketball shoe remains to be seen, although we’re definitely intrigued.

Kanye’s Derrick Rose shoe isn’t the only big news in the sneaker world over the weekend, with rumours suggesting that Under Armour is going to give Steph Curry his own brand similar to Air Jordan and Nike.

Steph’s brand will have its own logo and Under Armour will no longer appear on Curry’s sneakers 👀 pic.twitter.com/op3P361Yg1