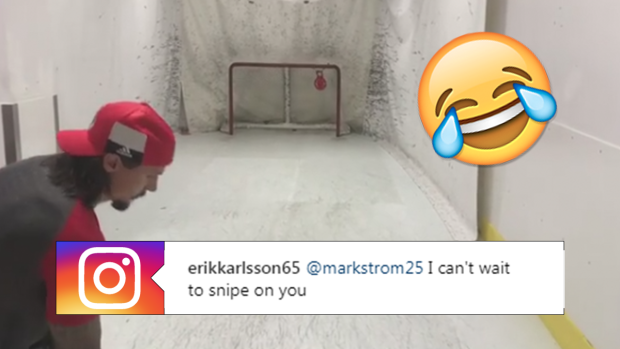 Last week Ottawa Senators captain Erik Karlsson provided an update on his surgically repaired foot, stating that he will not return to the ice until his injury is 100 percent healed, even if that means sitting out until November.

Sunday, Karlsson provided everyone with a different style of update on Instagram, showing that while he still is unable to wear closed-toe footwear due to his injury, he's still been working on his shot.

Everyone in the comments section was fairly impressed to see the Swedish star sniping pucks on pretty much one leg. Everyone but his compatriot, Jacob Markstrom who jokingly chirped Karlsson, letting the defenceman know that even when he comes back, he won't be scoring on him anytime soon. 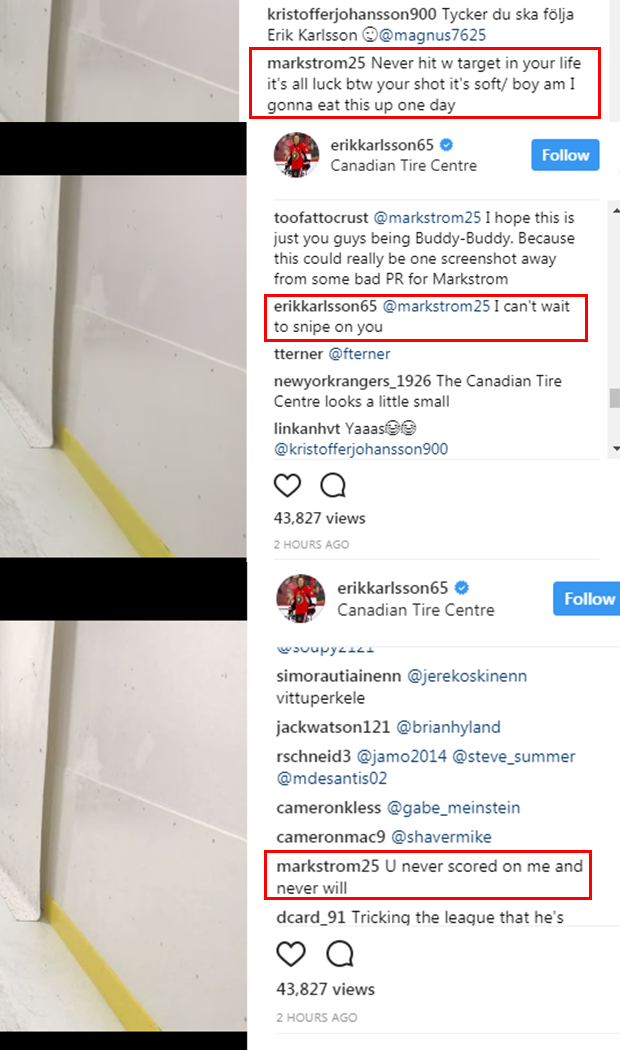 Considering Karlsson's response, it's quite clear that the two are kidding, and that Markstrom was simply taking a page out of the book of Kris Versteeg. As we learned again on Saturday with the St. Louis Blues, teammates who roast together, toast together.